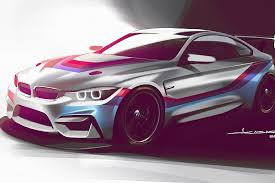 It’s interesting to see how LEDs are being tested with regards to eyewear.

The Le Mans 24 hour race is about to start in France this weekend and, in order to help them stay alert, Osram have announced that six BMW Motorsport drivers have been given the opportunity of wearing special LED eyewear at this year’s endurance race.  The glasses that the drivers will be testing emit a light with a high blue output. It is hoped that this will increase and sustain concentration levels during the night sessions of this famous race – which certainly requires great levels of stamina.

Osram have previously supplied goggles to the German skiing association but the eyewear being tested at Le Mans is more compact than the ski goggles although still not quite compact enough for more widespread commercial use such as helping people recover from jetlag or for use as an aid to increase day-to-day motivation.  However, Osram have added an app that allows the drivers to change the light doses in the glasses so this might make them more suitable for commercial use in the future.

Another area where LEDs are being tested in eyewear is with regards to monitoring glucose levels in people with diabetes.  Contact lenses have previously been developed to monitor glucose levels but the lenses were uncomfortable for the wearers and the glucose measurements were not reliable.  Now, a scientist in South Korea has developed a set of components out of more flexible and softer materials.  These materials contain two devices – an antenna and a rectifier that pick up signals from a transmitter and then converts these signals to a small volume of electricity.  This charge then powers a glucose sensor and a very small green LED.  This LED shines outwards so it is visible to the wearer when they look in a mirror.  If the glucose sensor records raised levels, the LED turns off – indicating to the wearer that they may need to adjust their insulin levels.

Both these types of eyewear are at the very early stages of testing, but it is great to know that the use of LEDs is being expanded beyond purely the decorative environment.