A London-based construction company contacted us as their client was building a new family home within a conservation area of an award winning 1960’s development in North London. Their client wanted to create an additional bedroom, bathroom, study, guest room and external deck and provide a practical back yard that could be enjoyed with improved access from the house. Their client also wanted something innovative, different and energy-efficient in their new kitchen and originally we were asked to quote for two splashbacks with just white LEDs. However, they then decided they would like to have two large splashbacks illuminated with colour-changing LEDs. We provided a quote and the client placed the order with us. We then produced technical drawings of their order which were signed off and we commenced production of the two splashbacks. The splashbacks run along two walls and meet in a corner and are controlled by an infra-red control unit. Instead of having just brushed stainless steel frames around the splashbacks, the home owners decided to have the frames painted white to match other surfaces in their new kitchen. (Our frames can be painted to match any RAL or Pantone colour if requried). The home owners are delighted with their LiteTile splashbacks and sent us these lovely images. They told us that when the splashbacks are set on green their children call them Shrek and when they are set on blue they are called Tron! 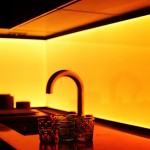 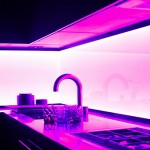 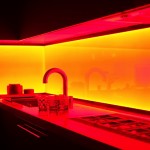 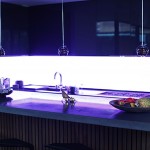 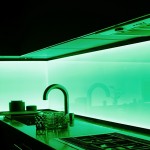 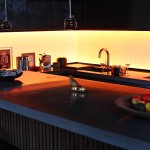 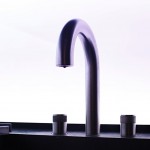 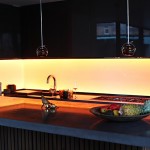 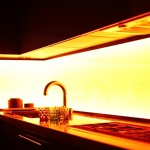 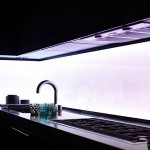 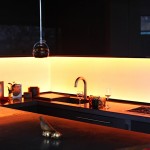